A Company Headed by an Award-Winning Producer

Lisa Blake is an award-winning producer who has created and/or produced specials and series for National Geographic, FOX, ABC, CBS, MTV, E!, Discovery, and A&E. Her recent development successes include:

Prior to establishing her own production company, Blake served as Executive In Charge at Check Six Productions running shoots for CBS and PBS all over the world, VP of Development at MYTupelo Entertainment and development producer at National Geographic, heading up their New York office. She also served as the National Morning Entertainment News producer at FOX. She is the winner of the NLGJA's highest honor in electronic journalism. Her special for KCBS, HEAL THE BAY, was nominated for a local Emmy. She won a Peabody Award for her series, DREAM QUEST.

Blake's track record of content development—and getting series on the air—is firmly rooted in a journalism background. She began her career as a features writer and contributing editor for such publications as InStyle, Marie Claire, and the Los Angeles Times.

Sensible Shoes Productions has worldwide reach and experience, currently shooting or developing individual series in Cuba, Asia, and the US. 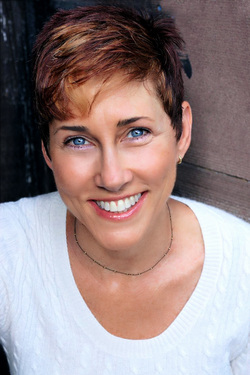